After a couple of near misses, Paul Dunne finally secured his maiden European Tour victory yesterday after a powerful finish at the British Masters. Dunne chipped in at the 18th hole to finish three shots clear of Rory McIlroy, with Shane Lowry finishing in seventh in what was a strong day for the Irish. I had the great privilege of looking after 15 golfers from Florida who came along with their 4 Club PGA Professionals. I made up the 16th golfer at Ballybunion G.C. (Old) and enjoyed golfing and dining with them too. New friends have been made for life and a nicer bunch of guys you wouldn't meet. It is truly remarkable that visitors have access to every single golf club in Ireland , with no exceptions whatsoever. As the vast majority of clubs are private, members clubs certain tee time restrictions apply, in order to accommodate members host their tournaments and invite their friends. We always take into account these restrictions when preparing an itinerary.

Early indications are that bookings for 2016 are way ahead of anything we have seen in the last 6/ 7 years – maybe the favourable US$ exchange rates is driving  this demand. This may well lead to an availability issue later in the year. We are therefore urging visitors to book early so they can get  favourable times What a boost for golf in Ireland – Shane Lowry’s magnificent win last Sunday in the World Golf Championship- - Bridgestone International at Bridgestone.

Just over 14 months ago Shane was langushing at 142nd in the world rankings – with his Bridgestone win coupled with some excellent results in the last 12 months, Shane is now up to a career high of 19th in the world rankings. We all took pride in 2009 when as an amateur he won The Irish Open at Co. Louth (Baltray) G.C. Shane was a team mate of Rory McIlroys when Ireland won the European Amateur team Championships on two occasions. We now eagerly await look forward to The PGA at Whistling Straights to see both compete again on the worls stage.

To Shane, his team and his family we convey our heartiest congratulations and best wishes for the future. Rory McIlroy’s eagerly awaited return to competetive golf takes place this week at The PGA in Whistling Straits. When he starts on Thursday it will be 53 days since he played competetively, McIlroy realises how difficult this may be, but is fully confident as to his fitness and looks forward to renewing his rivalry with Jordan Speith, Zac Johnson and in particular the newly crowned World Golf Champion, his old friend &team mate, Shane Lowry , and of course Graeme McDowell, Padraig Harrington & Darren Clarke. Irelands golfers appear to be entering into another golden era. 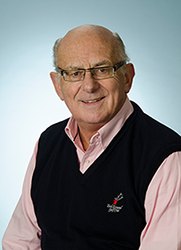